In the last ten years, India improved a lot in terms of literacy and national institutions consider the school system one of the main factors which contributed to the rapid economic growth. Despite the public efforts and the growing investments, many people are still illiterate or do not have access to quality education, especially among the lower classes. Moreover, one of the unsolved issues in India is the access to female education. Even if Indian economy has been continuously growing in the last two decades, its growth has been irregular and unequal between different social and economic groups, geographic regions, rural and urban areas. The poor conditions of people who live below the national poverty line are linked to their state of health and to the unhealthy places they live in. Children are the most vulnerable ones and most at risk of death and diseases which could be treated with basic medicines. 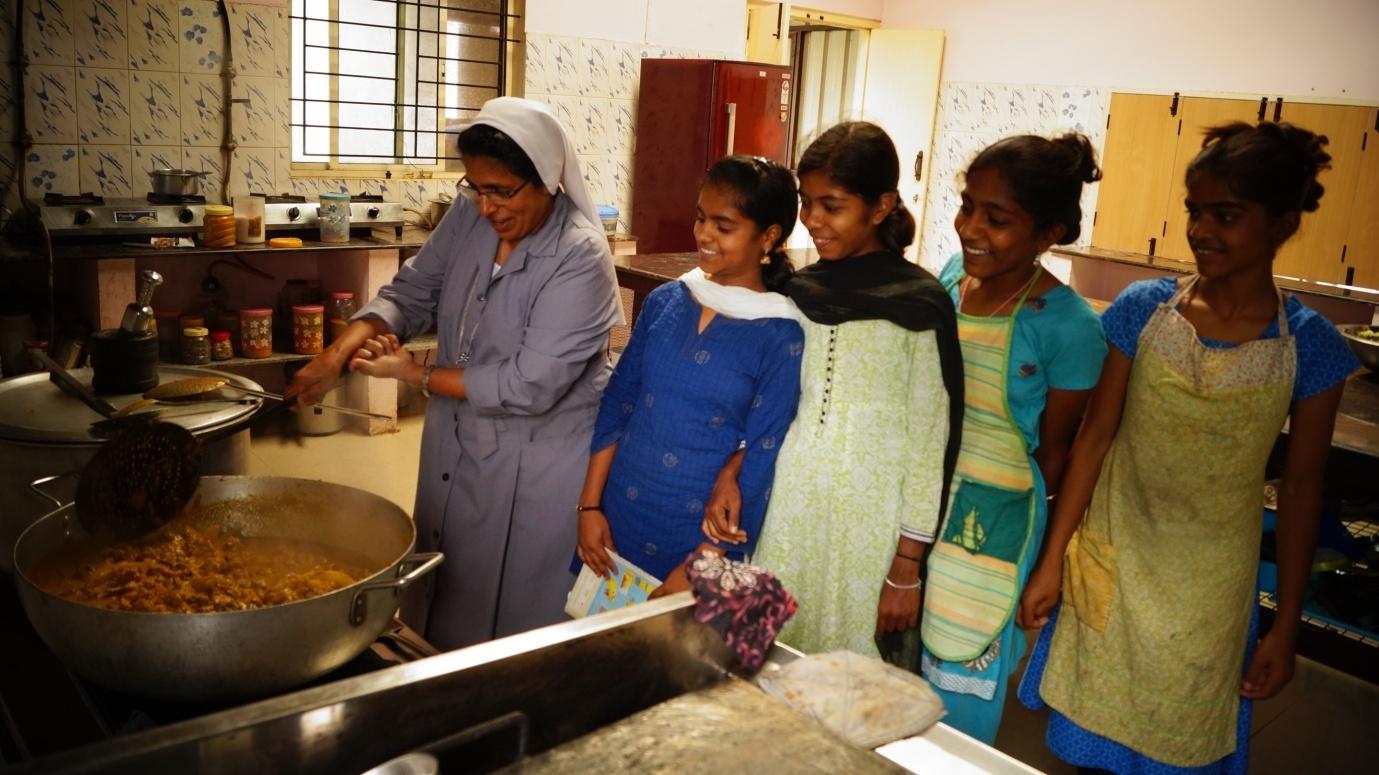 Among orphan children truancy is very common. Vagrancy is not always a free choice but it is often due to circumstances and it exposes children to child labour. The schools are playing an important role in increasing security among young people and in teaching them to act independently. The main goal of Vijayawada Diocese, located in Andhra Pradesh State, is to accompany children in their growing path, providing children with primary education (Elementary and middle school) and guaranteeing adequate nutritious food in order to prevent school-leaving.

The Diocese faces the educational needs of children from 3 to 14 years with its own schools and boarding hostels. They all belong to poor families from the rural areas. The majority of their parents are bicyclists, busboys, housekeepers and miners, whose salaries are too low to provide their children with education.